Dissociation is a mental process of disconnecting from one’s thoughts, feelings, memories, or sense of identity. Dissociative disorders are a range of conditions that can cause physical and psychological problems. Some dissociative disorders are very short-lived. Perhaps following a traumatic life event and resolving on their own within a few weeks. Nevertheless, others last much longer. The dissociative disorders that need professional treatment include dissociative amnesia, dissociative fugue, depersonalization disorder, and dissociative identity disorder. The underlying cause of dissociative disorders is chronic trauma in childhood. For example, repeated sexual or physical abuse, emotional abuse, or neglect. Frightening or unpredictable families may also cause the child to disconnect from real life during stressful occasions. The severity of the dissociative disorder is directly related to how intense the childhood trauma was. Traumatic events during adulthood may also cause dissociative disorders. A few examples are torture, war or going through a natural catastrophe or a pandemic, an invasive medical operation, or kidnapping. People diagnosed with this disorder also feel uncertain about who they are. Some may even have different identities. They may dissociate and avoid dealing with it as a coping mechanism. Switching from reality is a normal defense reaction that helps patients cope during a traumatic time. But it becomes dysfunctional when the environment is no longer traumatic, but the person still acts and lives as if it is. This happens when they haven’t dealt with the traumatic situation. Psychogenic fugue is another way of describing dissociative fugue.

Suddenly, the patient can’t remember who they are and loses memory of their past. They may even make up a new identity. Sometimes, the person travels from home in a fugue, which may last between days and weeks. When the person comes out of their dissociative fugue, they show confusion with no recollection of the ‘new life’ they created for themselves. Hypnosis, talk therapy counseling, stress management techniques, and supervised psychiatric drugs are the most common treatments. Someone with a dissociative disorder may have depression or anxiety too. Treatment may include antidepressants or anti-anxiety medications to improve the symptoms of dissociative disorder. Clinicians at La Jolla Recovery will try to get the person to feel safe and relaxed enough to trigger memory recall in some patients. 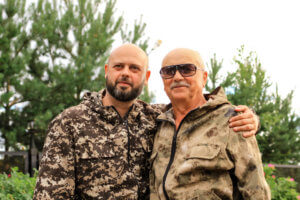 Why Do I Feel Anxious When My Mom Is Not Around?

Why Do I Feel Anxious When My Mom Is Not Around? Anxiety is a feeling of worry, fear, or unease that can be mild or severe. It can be caused by many things, including stress, a traumatic event, or an illness. For some people, anxiety is most pronounced when separated from their loved ones. You are not alone if you…

END_OF_DOCUMENT_TOKEN_TO_BE_REPLACED

10 benefits of being a pet owner

There are many benefits to owning a pet, but here are just ten of the health-related ones: Stress relief – Petting a dog has been shown to lower blood pressure and reduce cortisol levels (the stress hormone). Improved mental health – Owning a pet can help reduce anxiety and loneliness and increase happiness and self-worth. Lower cholesterol levels – Studies…

END_OF_DOCUMENT_TOKEN_TO_BE_REPLACED

Why is Fentanyl Addictive? Fentanyl is a potent synthetic opioid analgesic that is quickly transforming the terrain of the opioid epidemic. It is an effective pain killer used for cancer or people with chronic pain when used correctly. Like morphine, heroin, and other opioids, fentanyl has an effect by attaching to the opioid receptors in areas of our brain that…

END_OF_DOCUMENT_TOKEN_TO_BE_REPLACED

How to Deal with Anxiety and the After Symptoms of Having Recovered from Covid-19   Many people in the United States reported having anxiety issues during the pandemic. Another group of people who contracted COVID-19 survived but had some after symptoms caused by the sickness.  For millennia, fear has been a natural and necessary emotion for human survival and evolution….

END_OF_DOCUMENT_TOKEN_TO_BE_REPLACED

Speak Multiple Languages and Treat Addiction with Occupational Therapy    I’m turning forty-six this coming September, and I am fluent in four languages now. I am eager to move to another country and learn a new language again. If you have ever had the experience of learning a new language, you probably noticed how in the beginning, you translate in…

END_OF_DOCUMENT_TOKEN_TO_BE_REPLACED

How can you learn to be more mentally and emotionally fit?

END_OF_DOCUMENT_TOKEN_TO_BE_REPLACED

A Cycle of Abusive Relationships    I haven’t called the person I last dated, and I just found out she is pregnant. I was abandoned as a newborn. As far as I know, my mother had a problem with alcohol and drug abuse, was very young, and could not care for me.  Ever since I was a child, I have…

END_OF_DOCUMENT_TOKEN_TO_BE_REPLACED

Tips for Beating Burnout   Stress is a reality of life, whereas excessive and non-stop stress may take us to the incapacitating emotional condition we know as burnout. Three signs distinguish burnout: fatigue; depersonalization, absence from work; and lack of efficacy, or sentiments of incompetence.   Too much work and deadline anxieties are expected in a job. Everyone could at…

END_OF_DOCUMENT_TOKEN_TO_BE_REPLACED

My Story as a Single Mom

My Story as a Single Mom As a traditional Mexican woman, I never thought divorce was going to be part of my story. The last few years have been a challenging transition period for me, my son, and my now ex-husband.  After many months of dealing with the stress of divorce and handling it to the best of my ability,…

END_OF_DOCUMENT_TOKEN_TO_BE_REPLACED

Looking outside for what’s inside: a dangerous habit

Looking outside for what’s inside: a dangerous habit We often consider traveling great roads in search of what we want, desires, or needs through which we think our happiness passes. So we immersed ourselves with great enthusiasm in the investigation. Thus, we move forward with the hope of finding the solution to what happens to us. But we do not…