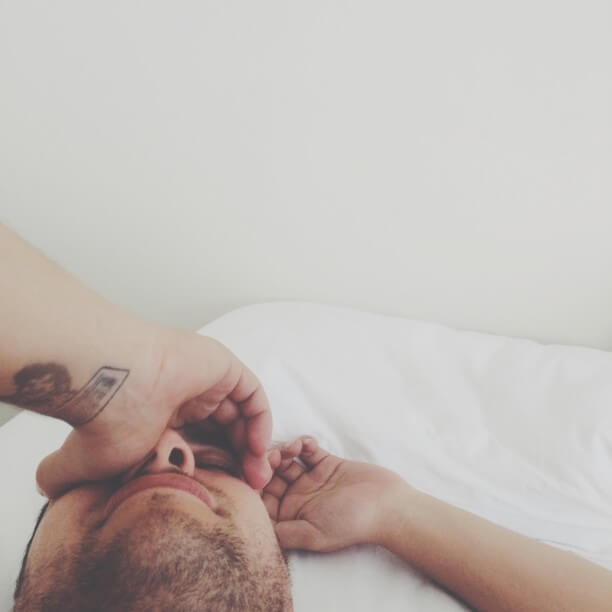 These are some of the street names of Xanax, the most commonly prescribed psychiatric medication in America. Half of all the Xanax sold in the world is purchased in The United States. Alprazolam is the active ingredient of the drug, a short-acting benzodiazepine usually prescribed as a tranquillizer, meant to treat a wide array of social anxiety disorders.

It is available on the streets, through the dark web and through online pharmacies. Some obtain it from friends or relatives with legal prescriptions.

Xanax is one of the most affordable addictions in the world.

How Recreational Xanax Use Begins

What started out as abuse-related mostly to prescriptions has become a much bigger issue that involves patients taking the drug both recreationally and for coping with stress and anxiety.

When Xanax Starts Being a Problem

In the most severe cases, Xanax can produce problems urinating, and weight changes.

These are sometimes irreversible. Some people have to deal with them forever.

Some people don’t seem to realize that Xanax can be about 15 times stronger than Valium (Diazepam).

Teen drug use during the summer often goes unnoticed. It’s when school starts and students nod off in class, exchange pills in the restrooms and fail tests that the problem becomes visible.

Some teens view Xanax as a safer alternative to prescription opioids and heroin with almost the same euphoric effects.

The pills kids are taking, are often found in their parents’ or grandparents’ bedrooms, can be just as deadly as opioids, especially when mixed with other drugs or alcohol.

There are three FDA-approved medicines are available to treat the symptoms of opioid addiction: buprenorphine (Suboxone), methadone and Vivitrol, a long-acting injectable medicine that blocks the euphoric effects of opioids and alcohol.

But no medicines exist to blunt the withdrawal symptoms and cravings caused by benzodiazepine addiction. Instead, patients typically enter residential treatment, where a specialist gradually tapers them off the medication so that benzodiazepine withdrawal doesn´t end up in seizures and death.

As more adults are prescribed Xanax, Valium, Ativan and other benzodiazepines to calm their nerves and fight insomnia, these pills are more available for teenagers.

Some of them claim that heroin and Xanax are made for each other. Xanax’s high lasts longer than the dope’s (heroin), hence its increasing popularity. Fentanyl today is replacing much of the street heroin and is a problem in itself. Learn more about our Fentanyl rehab.

Xanax is similar to other benzodiazepines. It increases the availability of the most powerful and common inhibitory neurotransmitter in the brain, known as GABA. GABA produces a sedating effect. It gets rid of stress, relaxes the muscles, calms the nerves and stops anxiety. In search of reducing panic or anxiety among other disorders, many people can become addicted.

Xanax modulates the functioning of the GABA receptor further inducing the calming effect.

The best way to understand how Xanax works is to think of it as a super tranquillizer. Taking this drug even in small doses can significantly reduce anxiety and panic.

Drugs like Ambien, Lunesta, and Sonata (BRAs: benzodiazepine receptor agonists) are becoming alternatives to treat insomnia, panic disorder an anxiety because of a growing concern of benzodiazepine abuse.

Some doctors replace SSRI antidepressants for patients suffering from panic attacks and anxiety. Zoloft is one of these pharmaceuticals.

Unfortunately, most of the substitute drugs are potentially addictive as well. Thus, moving from Xanax to another medication does not equal overcoming addiction. Switching pills does not change the core problem.

Detoxing from Xanax the Right Way

Xanax: A cheap and available drug

Since Xanax is a very common prescription drug, it is difficult to believe its huge danger due to its comparatively short half-life. (The time it takes for the effects produced by the drug to peak) The shorter the half-life, the faster its effects.

As Xanax has such a short half-life, you can take the drug and start feeling good relatively quickly – usually in less than one hour. That´s why it is so dangerous. The effects of Xanax wear off almost as quickly as they come on. This increases the potential for both abuse and addiction. People are ready to take another dose as soon as they come down from the previoius one.

OxyContin and Vicodin). Sometimes people blend it with methadone and heroin too. But the most dangerous combination is mixing Xanax with alcohol.

Withdrawing from both alcohol and Xanax is very challenging. Addicts go through agitation, seizures, panic attacks and even delirium.

Sometimes, psychological disorders take place with another disorder. For example, someone could be suffering from both addiction to Xanax and drinking alcohol or panic disorder at the same time (dual diagnosis). In such cases, it is fundamental to avoid making one condition worse while treating the other.

The patient’s background determines how co-occurring disorders (such as bipolar disorder, anxiety or depression) are treated. If one disorder was a precursor to the other, treating the first condition may bring automatic relief of the second one.

Otherwise, we must treat both conditions simultaneously. At La Jolla Recovery, we do this with additional medications combined with interventional therapies. These are normally either group or individual talking therapies.

Are You Addicted to Xanax?

Xanax Addiction and its Treatment

All benzodiazepines are dangerous drugs that need to be taken seriously. Xanax is particularly troublesome because of its short half-life.

Few people make it through the toughest part of withdrawal in less than a week. You have higher chances to succeed if you are one of them.

If you can´t stop taking Xanax even after your prescription has run out and you find yourself going to another doctor to get a new prescription or attempting to purchase Xanax online, you may have developed psychological dependence.

Is Rehab really necessary after Xanax detox is over?

Detox is a treatment that focuses on the physical addiction to Xanax. Rehab is intended to address the mental and psychological background. If you skip rehab, you will fool yourself, and end up dealing with the same psychological issues that were there before detox. The only way to get over those things is to go through a comprehensive rehab program.

Therefore, people struggling with a Xanax addiction need to attend a comprehensive inpatient program like the one available at La Jolla Recovery. Once any severe withdrawal symptoms are overcome in detox, mental cravings are addressed in each patient’s individual treatment plan. We make available a personal therapist to discuss your issues through counselling, which is complemented with group therapy.

Patients will explore the patterns of thought and behavior that led to Xanax abuse in the first place.

We also remain our patient´s trusted recovery resource after they leave treatment through a tailor-made aftercare plan.

Detox is the mechanism that allows your body to cleanse itself of the chemicals. Gradual tapering is far more efficient than stopping cold turkey. Withdrawal from Xanax addiction leads to symptoms such as insomnia, sweating, nervousness, anxiety, depression, anger, tingling sensation in feet and hands and rebound symptoms.

This is why we provide round-the-clock medically supervised Xanax detox.

However, our staff approach detox from a therapeutic standpoint too. They may look to counselling to help calm a patient feeling especially anxious, for example.

An evidence-based model for Xanax addiction in San Diego.