The term “psychosis,” comes from the Greek word for
abnormal condition of the mind. It has been used in many different ways in
clinical medicine.

Starting in 1980 with the publication of the third edition of the Diagnostic and Statistical Manual of Mental Disorders (DSM-III). The term indicated
disruption of the ability to distinguish between the internal experience of the mind and the external reality of the surroundings.
Delusions, such as the belief that one is being poisoned by neighbors who are piping gas through the walls are common, for example.  Hallucinations, illogical and incoherent speech and made-up words, rhymed words and nonsensical sentences come up. Echolalia (repetition of words) and awkward motor behavior (strange postures and waxy flexibility) are also there.

Psychotic disorders involve some form of altered perception of reality. They interferes with everyday life.

3 percent of the population will experience some form of a psychotic episode during their lifetime. The first experience of psychosis usually happens to young people between the ages of 14-31.

Psychotic episodes can occur as an isolated event. But they are frequently an indication of an underlying mental health problem. 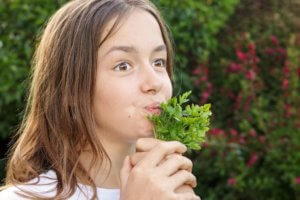 Although we have not fully understood psychotic disorders yet, some associated risk factors include:

How to heal from a broken heart

How to heal from a broken heart Breakups can be devastating and painful. They can interfere with sleep hours, appetite, and self-esteem. At first, accepting pain is the best way to forget the person who has broken your heart. Take the time to allow yourself to cry without judgment. Then do constructive activities that help you understand what happened and…

END_OF_DOCUMENT_TOKEN_TO_BE_REPLACED

The World of Euphoria The list of movies, books and plays about drug addiction throughout the last decades is long. One of the most recent addition to this list is the HBO series “Euphoria”, based on the 2012 TV show first aired in Israel. A bunch of high school students tell their stories with constant flashbacks to their childhood and…