Having a glass of wine, a brewski or a couple of shots sometimes helps take the edge off from a tense workday, we all get it.

The problem is that maybe one day someone will have two beers, or maybe some other day in the future, the same person, after drinking alone for so long will start thinking that suicide is the way out of their mental pain. Drinking is not okay when it becomes a compulsive habit and takes control of your life. 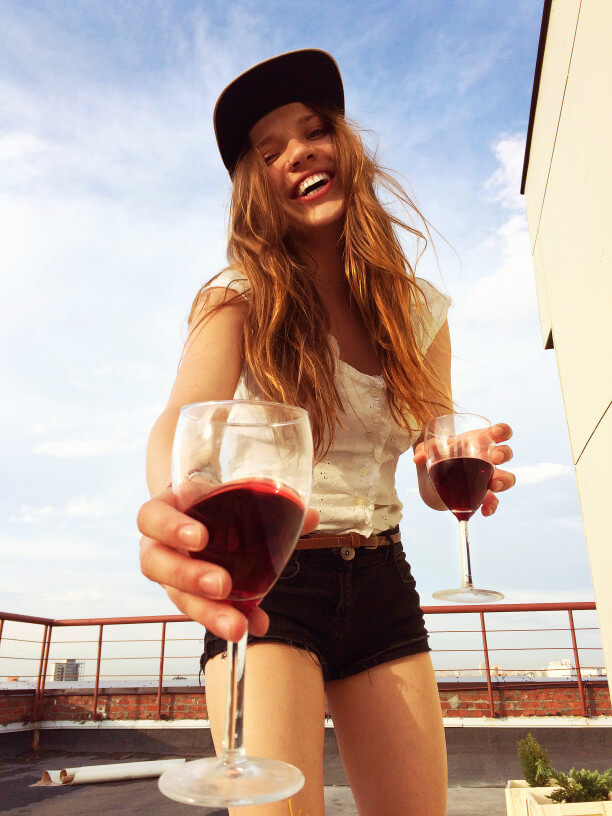 People in America started to drink more due to the psychological pressure of the pandemic.

According to the data I will refer to in this article, people are drinking a lot more and, as any compulsive substance consumption this habit is likely to stick around even in post-pandemic times, whenever that may be.

As a personal note I believe people don’t enjoy regularly getting “hammered” and having to deal with hangovers. Alcohol is often used as an emotional anesthetic or better said, as an escape from pain, anxiety, and other discomforts.  Today our reality seems to be pulled out of some Stephen King novel and this hasn’t been easy for anyone. Horror stories in the media, the death of loved ones due to a merciless virus amongst other factors will do a number on our mental health, mine included.  Restrictions imposed on our freedom to meet with family, friends and leave our houses, have brought us a great deal of stress. Many of us have chosen to deal with these issues by drinking alone.

This is important to look at because too much booze is directly related to negative health and social consequences. The climbing omnipresence of alcohol in every-day life can make diminishing the amount folks drink a very difficult task. 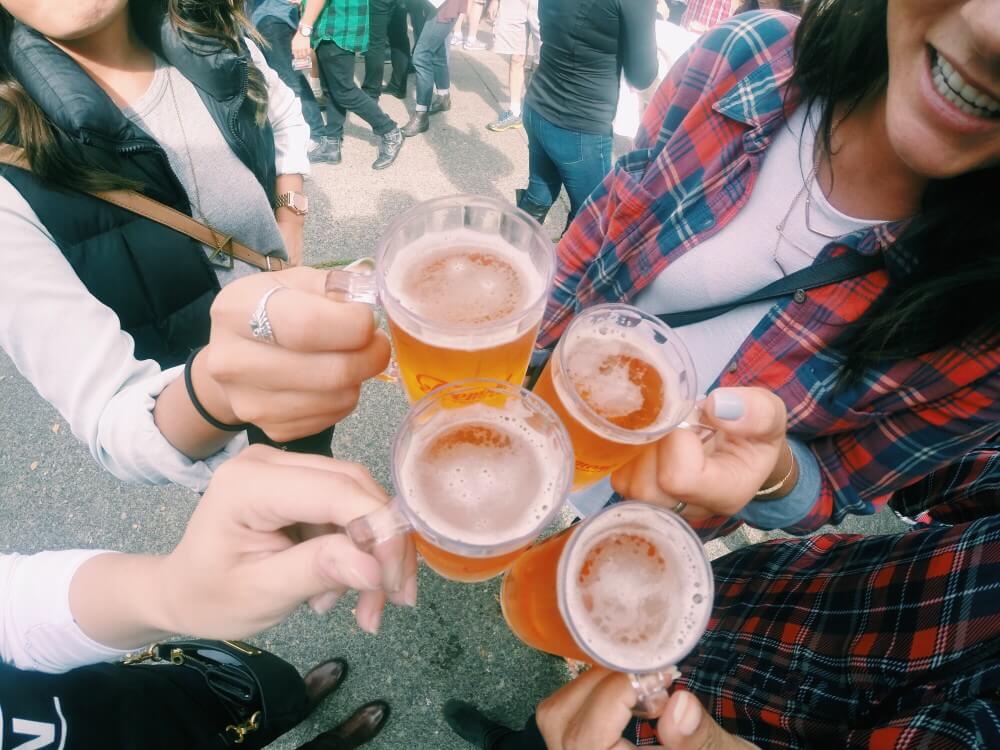 Based on statistics, people started drinking more at the time the Covid pandemic got serious last year — data from Nielsen shows a steady increase in alcohol purchases compared to 2019 in the week ending on March 21, 2020.

At the same time the pandemic got worse, so did American’s drinking. I mean, come-on; How are people supposed to cope? I’m not being judgmental, on the contrary, the point here is to try to put ourselves in other peoples “shoe’s”.

While the pandemic globally produced stress, drinking more was mostly an American response as it has been in the past according to this article.

We are still far from reaching the habits of our forefathers, Americans in the 1800’s drank much more than we do now, even though it wasn’t uncommon in the 50´s, 60´s and 70´s to see people drinking in the office. We have no idea how going back to in-person social events will affect drinking habits, however to-go cocktails will stick around as open-minded pandemic-times allow bars to sell on-the-go cocktails.

Booze is a legal drug, and an increasingly socially accepted one with growing availability and according to the NIAA/NIH is the third-leading cause of preventable deaths in the U.S.  Quarantine, social distancing as well as other factors were undoubtably related to a higher frequency of alcohol consumption while socializing online and in the presence of children, but negatively to a higher frequency of episodic binge drinking. Anxiety symptoms were associated with a higher incidence of binge drinking, higher alcohol consumption while socializing online, and drinking before 5 p.m. Higher earnings were apparently more associated with all the alcohol-related behaviors observed. Women tended to report less alcohol use before 5 p.m. and less episodic binge drinking during the pandemic.

Quarantine during the COVID-19 crisis appears to affect alcohol-related behavior and mental health indicators, such as anxiety symptoms. This study is the first initiative to measure the consequences lockdowns had on behavior related to alcohol consumption and mental health. Given the associations found, screening tests and brief interventions to address alcohol use and mental health are needed.

Alcohol is a drug that in small amounts can slow down your reactions and at the same time make you feel relaxed, liberated, and happy, however, in high amounts it produces intoxication and poisoning, and can seriously affect your central nervous system and your physical health. 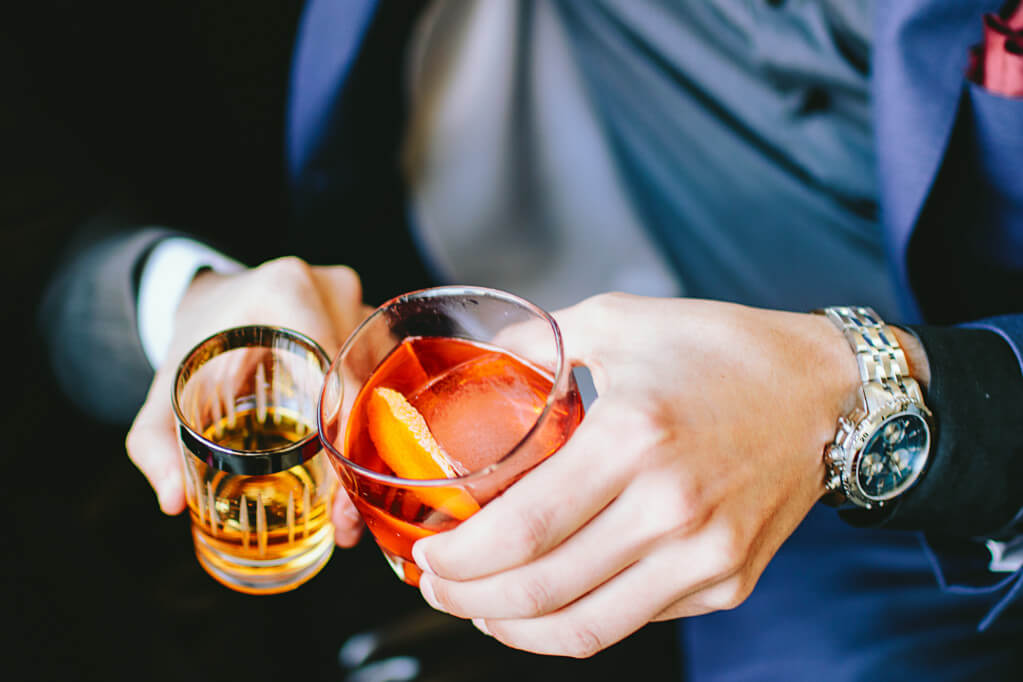 A person who has a drinking problem may experience some of the following symptoms:

Likewise, drinking alcohol during pregnancy may cause malformations to the fetus.

Alcoholism is a difficult disease to define as it can take up to 10 years to become a disease. Once an addiction is full-blown, it is not detected until the patient has noticeable medical or behavioral problems. Alcoholism is not found alone, it is usually mixed with the use of drugs, especially with stimulants such as cocaine. Cocaine is used to avoid feeling drunk but in the long run makes them consume much more alcohol. A compound called cocaethylene is also formed in the body, which is a deadly toxin in the blood of these individuals and may lead to heart failure.

People can tell if they abuse alcohol by asking the following questions:

It is okay not to be okay we are not machines; we are human beings and sometimes it hurts to be alive. You don’t have to go through alcohol dependency alone, there are many people living similar situations and many others who have successfully pulled through. The sad part are those who do not, and sadly we forget big name stars or musicians hurt by the disease. Reach out to a rehabilitation center and find out how to live life without alcohol, give yourself a chance to be happy. Why? Because you are a beautiful and amazing human being, that’s why!