The psychoactive drug MDMA, aka molly, coupled with psychotherapy could be a revolutionary ingredient for treating Post Traumatic Stress Disorder (PTSD), which affects roughly 9 million people in the U.S. every year.

In 2017, The FDA (Food and Drug Administration) granted breakthrough therapy status to MDMA-assisted psychotherapy. Still, unfortunately, the compound remains a Schedule 1 drug alongside marijuana, heroin, and LSD, which the government says have no accepted medical use and an elevated risk of abuse.

The protocol does not use the street version but pure doses of the substance, along with residential stay and outpatient psychotherapy sessions.

Fortunately, a foundation that exists to support Navy SEALs, some of the most high-performing individuals in the world, became the first military-serving nonprofit to step up and fund critical research into MDMA-assisted psychotherapy for PTSD.

Proponents of the MAPS (Multidisciplinary Association for Psychedelic Studies) research think it could revolutionize the disorder, which affects almost 9 million Americans.  Almost $30 million dollars have been raised from multiple donors to fund it.

The foundation’s support for the research was spurred by SEALs who have found relief from PTSD through such treatment outside the U.S.A. 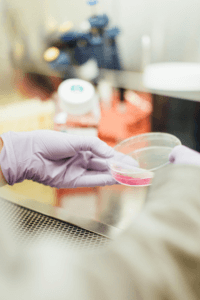 The drug appears to increase feelings of trust, help patients recall traumatic memories, and reduce the fear response. However, patients who don’t find relief through traditional methods will be entitled to treatment with Molly/MDMA.

Many people with lighter symptoms of PTSD will be fine with long-term psychotherapy.

Holidays Are Stressful and Difficult When it Comes To Alcohol And Drug Abuse: Here Is Why

Holidays Are Stressful and Difficult When it Comes To Alcohol And Drug Abuse: Here Is Why.  Holidays are not invariably cheerful and encouraging and, inconveniently, possibly particular circumstances for those with alcohol and drug abuse disorder. This year, the most challenging for many in recent time, even individuals without identified problems with substance abuse may stumble. While vacations are a basis…

END_OF_DOCUMENT_TOKEN_TO_BE_REPLACED

Molly – Not Who You Think She Is

Molly - Not Who You Think She Is by Tarah Peters Read More So you finally agreed to meet your friends at this big EDM festival, You’ve never been to one, and they’re pumped. Ranting and raving...that you will be too. They’ve invited a new friend. Her name’s been tossed around more than your friends’ heads as they dance to...
END_OF_DOCUMENT_TOKEN_TO_BE_REPLACED