What the 12 Steps of AA Don’t Teach You

The Twelve-Steps Program has been helping millions to recover from alcohol and other drug abuse.

In no way would I even dare to attack or undermine how effective and helpful this 12 step system is for whoever is in need of recovering from addiction.

I want to point out some ideas that look at things that can make them better, which are overlooked by the program.

First, let’s review how effective the Twelve Steps System is and what you may, without a doubt, get out of it, and how it will help you. 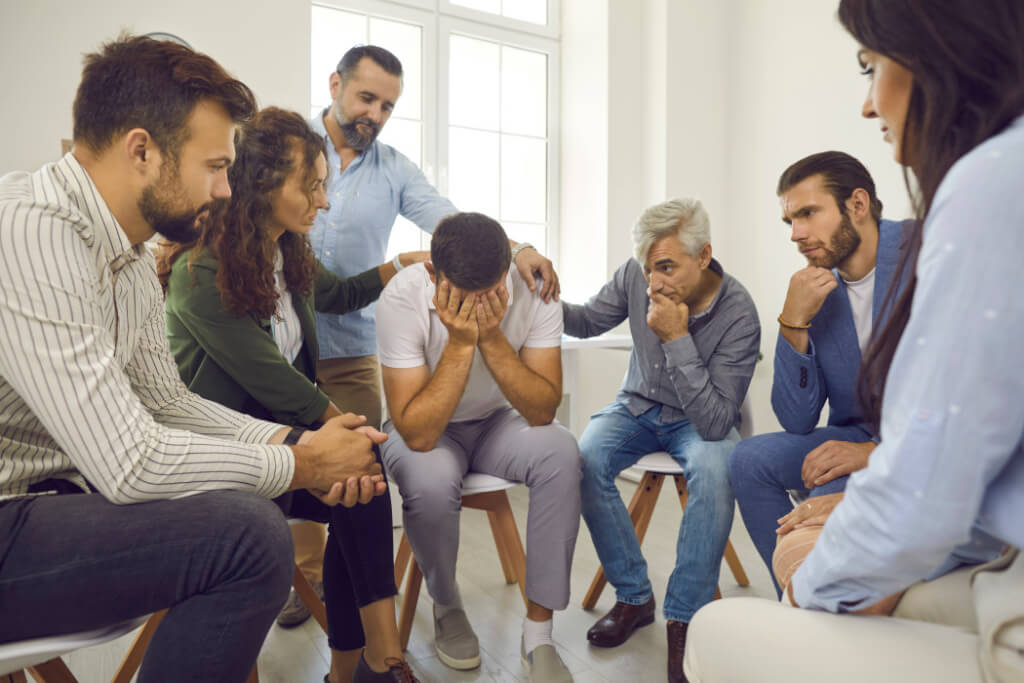 grieving and crying? Can a 12 step meeting attend trauma, emotional turmoil and psychology?

They offer you total participation in a social setting of people who are not using alcohol and drugs, immediately benefiting the patient because they are in a healthy environment. If you are an addict and are in a community or surrounded by people who responsibly/or do not drink alcohol, the likelihood of you starting to drink is extremely high. If you are in a pub and don’t want to drink, it doesn’t seem like the right place for you to be in. On the contrary, if the addict is in a non-using social environment, she or he will look for and accept stimuli other than alcohol and drugs.

In twelve steps groups, you almost certainly get a sense of belonging; you don’t feel alone. Meeting and interacting with people in similar situations like the one you are in gives you the chance to listen to others share their stories of what you have experienced yourself. It allows you to speak about what you feel and think and to learn from what others have learned. You will find mutual support for not using drugs, and these groups destigmatize drug use and addiction in a matter-of-fact approach.

It’s easy to make new friends because you’ll have something in common with everyone, so the feeling of being alone is very well diminished. You have a very good chance of building friendships not based on alcohol or drug consumption also helps you gain responsibility.

Acceptance of your problem is a key factor in tackling it head-on, a twelve-step group helps you accept your problem with drugs.

Meetings are held regularly and on schedule several times a week and many times a day, so you can count on this support whenever you need it, for free or for a small symbolic donation. 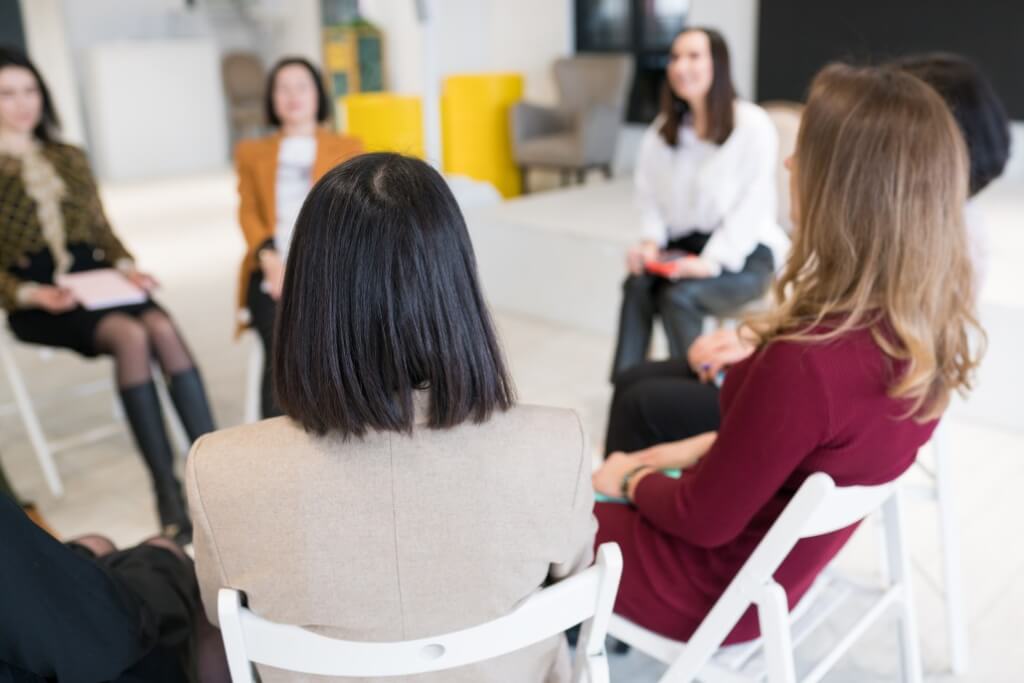 what don’t the 12 steps teach?

Now with that stated above and settled, and without any doubts about how helpful the twelve steps groups are, there are some setbacks I would like to point out as well.

The twelve-step programs neglect the biological as they don’t look at any medical advice or information about physical healing. Specifically, I can mention harm-reduction medication therapies for opioid addictions. Opioid withdrawal can be horrible and comes with excruciating pain and other physical symptoms. The chance of avoiding relapse in opioid dependency without medication is meager and, frankly, very dangerous because the mental anguish and the physical symptoms are so harsh.

The Twelve Step Method also requires social involvement, and some people get stressed or uncomfortable in groups.

I find it very important to shed light on the fact that many Twelve Steps Groups require a specific religious belief, and a God or higher power must be acknowledged. If you read them, six of the twelve steps refer to God or the Higher Power.

I find it very important to shed light on the fact that many Twelve Steps Groups require a specific religious belief, and a God or higher power must be acknowledged. If you read them, six of the twelve steps refer to God or the Higher Power. Not everyone is spiritual or not everyone links spirituality to religion, their spiritual view must be respected, and they should not be coerced or excluded.

Twelve Steps insists that you refer to yourself as an addict and are not allowed to speak if you don’t say before you that you are.

Not everyone has that level of acceptance, and many are reluctant to feel violated having to speak of themselves that way in public before speaking.

In the long term hearing, the stories of suffering, the wounds, and the sadness of drug addiction can negatively affect. If that is only what you listen to for a prolonged period, you tend to acquire a negative and hopeless mindset.

“The nastiest stuff I did while on drugs.”

“How bad an intoxicated person I was.”

“How much I desired a fix today.” 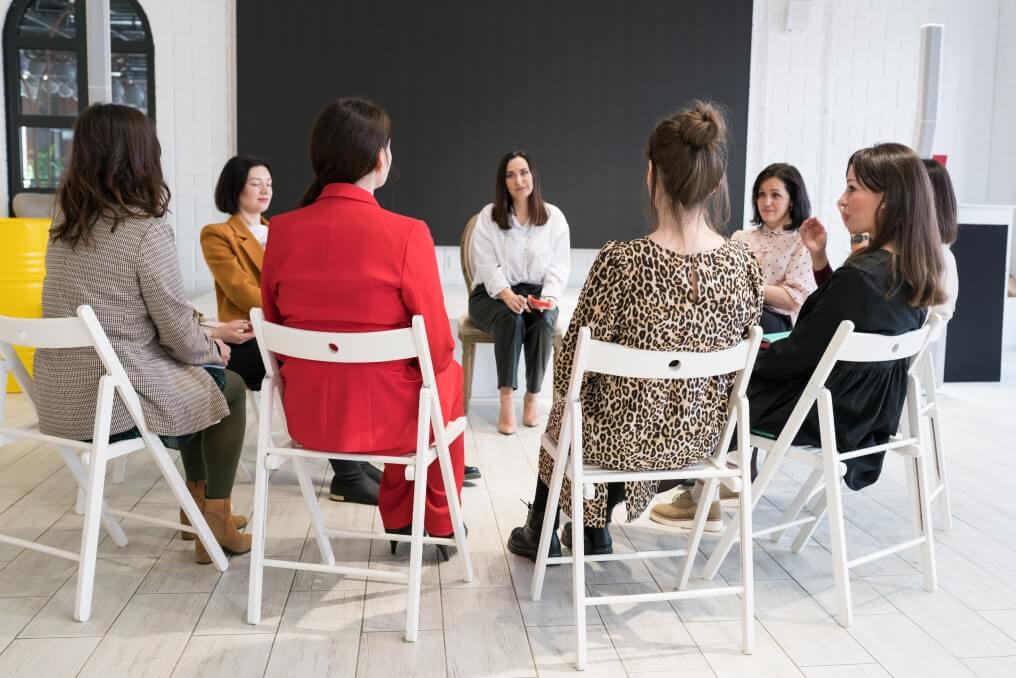 Yes, 12 step meetings are great. But what are the shortcomings?

Twelve steps build too much dependency among the people benefiting themselves within the groups, which is a good and a bad thing. Good because you get the support of your peers, but bad because it creates a dependency by substituting alcohol and drugs for the groups. You no longer depend on drugs, but you do on the Twelve Steps.

For the Twelve Steps, addictions remain the central focus in their lives, and they believe that you’re powerless to deal with your addiction.

The benefits you receive when recovering are well worth the time invested.

The twelve Steps take a reasonable amount of time. Meetings are usually a couple of hours long. Consider the travel time you need to get to and from the meetings. A 12 step meeting could go for three hours quickly. Many are recommended to go to meetings every day for three months, and not everyone has that time.

With that said, I am very grateful myself for the twelve steps, basically because they saved my life.

With that said, I am very grateful myself for the twelve steps, basically because they saved my life. I would probably be dead, or in jail, if it weren’t for the twelve-step groups, I gained support from. In my first meeting, I remember I was hungover and felt very sick. I had done and said horrible things the nights and days before my first meeting. I remember sobbing like a baby during that meeting, hopeless. By the end of the meeting, I didn’t feel alone; at least I had found a place where people in my same situation meet, speak, and share experiences without using alcohol or drugs. I must say the religious part was a drag, no offense intended. I was not brought up in a religious family, and I felt uncomfortable with how religion and God were constantly pushed on me. When someone asks me: What is your faith? I say that I am not religious and respect everybody’s beliefs. I have nothing against religion; it’s just that I don’t believe in any of them, nor do I disbelieve in what they teach. I mean…What do I know, right?

I was never a shy speaker; on the contrary, I have always been very outspoken and social. Speaking in public beginning with “Hi, my name is John Doe, I’m an alcoholic and a drug addict” was not a problem; it is the truth. Saying and accepting that in public, I confess, is an ego-breaker; it made me humble and aware of what I had become and the danger of having a single sip of alcohol.

I went through many twelve-step groups, some for rich people and others for people who are not as fortunate. I attended some that were a LOT of fun, and I remember laughing so hard and feeling that I belonged. I learned about myself by listening to others share their stories and suffering. Every minute I spent going to the meeting was worth it. I made it my priority, and that made it easy to coordinate work, meetings, and my personal life and achieve a balance between the three.

Today I live nowhere near a twelve-group but am still sober; I live in nature, in the middle of nowhere in Southern California. I grow my fruits, and vegetables, and tend to my hens. I don’t drink nor use drugs, and I don’t wish to. However, if I had the chance to attend meetings, I would.

The Centers for Disease Control and Prevention (CDC) published this piece about how the pandemic has wreaked havoc on substance use. The covid crisis has brought on immense psychological chaos and a great deal of alcohol and other substances abuse. Give the Twelve-Steps a chance and community resources. Give yourself an option; you deserve it.