Anorexia is a serious illness.

Extreme weight loss caused by behaviors of food restriction and/or excessive exercise to the point of self-starvation, which may result in death. Due to the irrational fear of weight gain, people develop inappropriate eating habits or rituals  in an effort to lose calories. Clients may display an obsession being thin body and have a distorted body self-perception; seeing themselves as fat when they are clearly the opposite.

Individuals with anorexia tend to experience a bizarre fear around food. In a cruel paradox, the more you try to lose weight and engage in food avoidance, the more extreme your fears and odd behaviors. 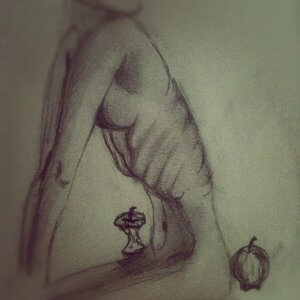 The factors contributing to the development of anorexia are complex and include a strong genetic component. These genes tend to get switched on through environmental influences such as dieting behavior or extreme exercising, particularly after puberty. Personality traits of perfectionism and fear of failure, low self esteem, emotion avoidance and OCD are prevalent.

Around 0.5 percent of patients are women, and only 0.05% of men, with the average age of onset in early to mid adolescence.

Anorexia nervosa is the third most common chronic disorder affecting adolescent girls, with the highest mortality rate of all psychiatric disorders. Statistically about 41 – 52% of people with anorexia will make a full and complete recovery, a further 31% partial recovery and approximately 19% have a chronic course of illness.

Eating Disorders An eating disorder is a serious mental illness, characterized by eating, exercise and body weight or shape becoming an unhealthy preoccupation of someone’s life. Eating disorders are a group of problems related to what the person eats. How she values her body and relates to herself, her food and her environment. Within eating disorders we can find several….

END_OF_DOCUMENT_TOKEN_TO_BE_REPLACED

Social Pressure of Being Thin

The social pressure of being thin In a society that touts stick-thin figures as presentable, achievable and even admirable, there seems to be a fine line between dieting and starvation, with the pressure to look slender often resulting in dangerous consequences.  The media glamorizes the unrealistic bodies of a few, leading to obsession over unrealistically thin bodies and a strange…