After many years struggling, I quit smoking a decade ago.

The other day, a colleague started vaping in the office at the coffee break.

Some people who had never seen an electronic cigarette were curious and asked him questions about it.

When he learned that I had stopped smoking tobacco many years back, he started to promote vaping as an alternative.

Alternative to what?  I was done with the reflex of inhaling any kind of smoke or substance, so why did she insist so much? 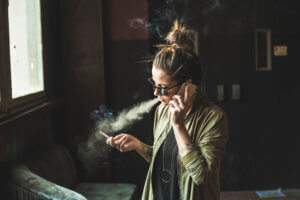 I am pretty Freudian, so I told her that my oral fixation was cured, and I was not looking for a revival.

Then she stopped luring me into vaping.  But I realized that she didn´t smoke as many cigarettes as before.  Her breath and odor improved.

That was when I realized that, for those still struggling with tobacco addiction, vaping is indeed an alternative.

It may work as a transition from tobacco to less toxic habits.

Is vaping bad for you? Depending on what you read, you might believe that vaping is as safe as breathing clean air, or that it is as bad as smoking cigarettes. None of those things is adequate, of course. Reality is more nuanced, but it is not really in the center either.   When we evaluate vaping risks, we are…