Buddhism developed as a philosophy aimed at putting an end to human suffering.

Although many people think it is not a religion, its practitioners follow a set of principles that resemble sometimes a code or philosophy for life.

The whole world is going through an enormous deal of pain as I write this.

Nurses, doctors and other medical staff, are among those who have been suffering more than usual.  It is them who carried the burden of an unknown virus since its outbreak.  Despite of that, many governments did not give them the proper medical inputs, such as face masks and surgical gloves, in order to avoid infection themselves as they tried to cure patients.

Society as a whole, are and will be in huge debt with these heroes.

They did not have the privilege of home office.  They faced the worst horrors in the battle field.

If you see a doctor or a nurse in the street, do not hug them.  But waive at them, or try to clap, so that they acknowledge our respect. 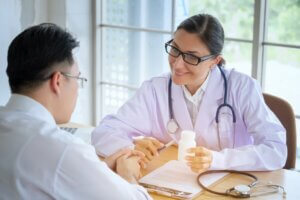 We send our deepest wishes of mourning and comfort to the family and loved ones of Mac Miller. There are no words to soothe the heartache of a death cased by overdosing and addiction, no matter the functionality and capacity of a human being to continue to produce, in this case musical art in a very rich prose with popular…