Reading the story of Tom Petty´s life and struggle with toxic substances broke my heart.

Petty was one of the best-selling musicians of the modern era, known particularly for his his time as a member of Tom Petty and the Heartbreakers, and for his solo performances too.  The rocker had endured a turbulent life,  hid behind his  successful musical career.

Petty’s grandfather was a logger who married a Cherokee woman and (possibly) hacked a man to death with an ax over comments about interracial marriage. His father grew up in Florida after the family fled. Petty said he was an angry drunk who regularly beat him, his siblings, and his mother. His mother introduced him to music, which became his safe place. Petty always suspected his father hated him so much because of his artistic inclinations.

His dad beat him so bad that he was covered in raised welts, from head to toes.

Tom overcame violent childhood abuse, drug addiction and the breakdown of his first marriage to forge his glittering music career.

Obviously, is parents’ marriage was hell.  He lived through being terribly abused as a kid, and then he found himself in an abusive marriage.

The stress of the divorce pushed Tom deeper into his misery. He was 50 years old when he developed a secret heroin addiction.

Tom Petty was plagued by echoes of his brutal childhood for most of his life.  He carried the emotional baggage of his abuse with him. Only after a friend insisted, he went to therapy seeking to get over his childhood ordeal. 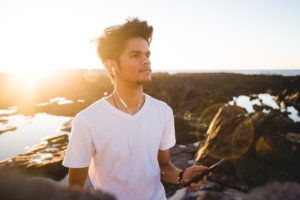 He had multiple opioids in his system when he died. These included fentanyl, oxycodone, temazepam, alprazolam, citalopram, acetyl fentanyl, and despropionyl fentanyl, according to the Los Angeles Times.

He had multiple opioids in his system when he died. These included fentanyl, oxycodone, temazepam, alprazolam, citalopram, acetyl fentanyl, and despropionyl fentanyl, according to the Los Angeles Times. It’s not uncommon for drug overdoses to involve several drug.

In 2016, there were nearly 64,000 drug overdose deaths in the US. At least two-thirds were linked to opioids. The rise in drug overdose deaths was a big reason that life expectancy fell for the second year in a row in the US, which had not happened since the early 1960s. And  2017 was even worse.

A drug overdose involving opioids killed him that year, making Tom Petty one of the most recent celebrities to die in the opioid epidemic.

May he rest in peace.

One more amazing artist left us from drug overdose. It hurts. It hurts because closure is necessary for new beginnings. Tom Petty was not only an American classic artist, but a longstanding tourer that continued long into age including health problems. Though he was open about his heroin use in youth, there was little spoken about his death until his…