Buprenorphine is a partial agonist of opioid receptors. The drug has been used, at low doses (0.2 mg), as a sublingual analgesic. Higher doses have now been approved for the treatment of opiate dependence.

Buprenorphine can be used in detoxification or as a maintenance treatment. Its action on the receptors reduces the cravings for opioid drugs.

The drug is taken sublingually because of the first-pass metabolism which follows an oral dose. Even when given sublingually, the pills only have a bioavailability of 30-35%.

Most of the metabolites are excreted in the bile. As buprenorphine has a mean half-life of 35 hours it is feasible to give some patients less than daily dosing 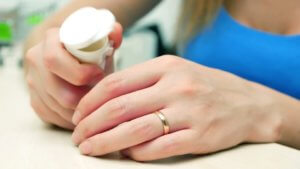 For maintenance treatment, buprenorphine should be taken at least six hours after the last dose of heroin. This is to reduce the risk of triggering withdrawal symptoms. For patients transferring from methadone there should be a delay of at least 24 hours before starting buprenorphine. Treatment begins with a4 mg dose which is increased according to the patient’s response. The maximum dose is 32 mg a day. Once the patient is stable the dose frequency can be reduced. Some patients will manage with three doses a week.

The risk of abuse is a big problem with buprenorphine. As patients given buprenorphine for pain can become addicted it is clear that it causes dependence. Some patients grind up the tablets in order to inject it. This is dangerous when you are also using benzodiazepines.

Detoxing Pregnant…Safe? Theres a baby born addicted to opiates every 25 minutes. A segment that few would like to attend or care for. The negativity and anger pointed towards the mothers lack compassion and understanding of the disease of addiction. The question is not so much about morals, but about the life coming. This is the one deserving the attention….